The car bumper is one of the most important appearance parts of the car. It must have sufficient strength and rigidity. It can cushion the car in the event of a collision, protect the car body, and pursue harmony and unity with the car body shape. Light weight itself. In order to achieve this goal, the front bumper body of the car is currently made of plastic, commonly known as plastic bumper molding by injection mold,

The front bumper of the car is shaped like a saddle. Generally,the material was PP+EPDM-T20, and the shrinkage rate was 0.95%. Among them, the PP  also named polypropylene is the main material of the auto bumper. The EPDM  rubber can improve the elasticity of the bumper cover, while the T20 refers to the addition of 20% talcum powder to the material, which can improve The rigidity of the auto bumper cover.

in summary, we can find that the sturctur of auto bumper mould is complex, mould size will be big, the wall thickness is relatively thin. 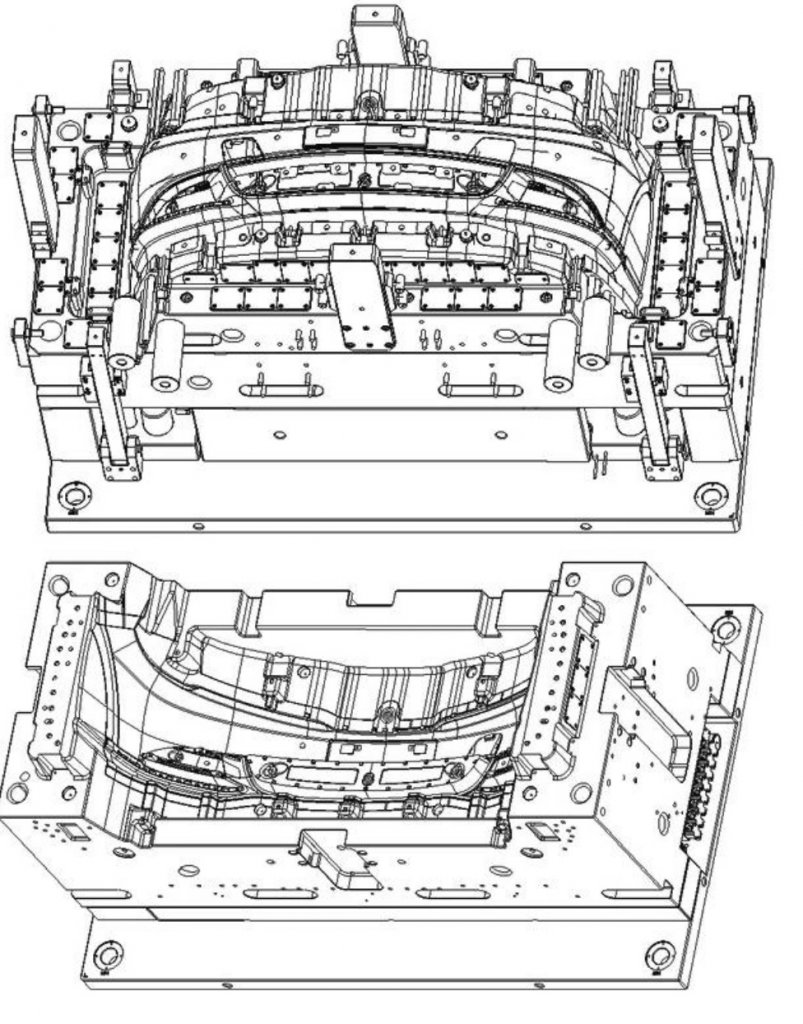 Usually,for the front auto bumper mould, we will design with inner parting surface technology. The advantage is that the parting line is hidden on the non-appearing surface of the bumper, and can not be seen after assembly on the car, and does not affect the appearance.

The mold feeding system adopts an integral hot runner system, and its advantages include convenient assembly and disassembly, low processing precision, no risk of leakage, accurate assembly accuracy, and no need for repeated disassembly and assembly and lower maintenance and repair costs. 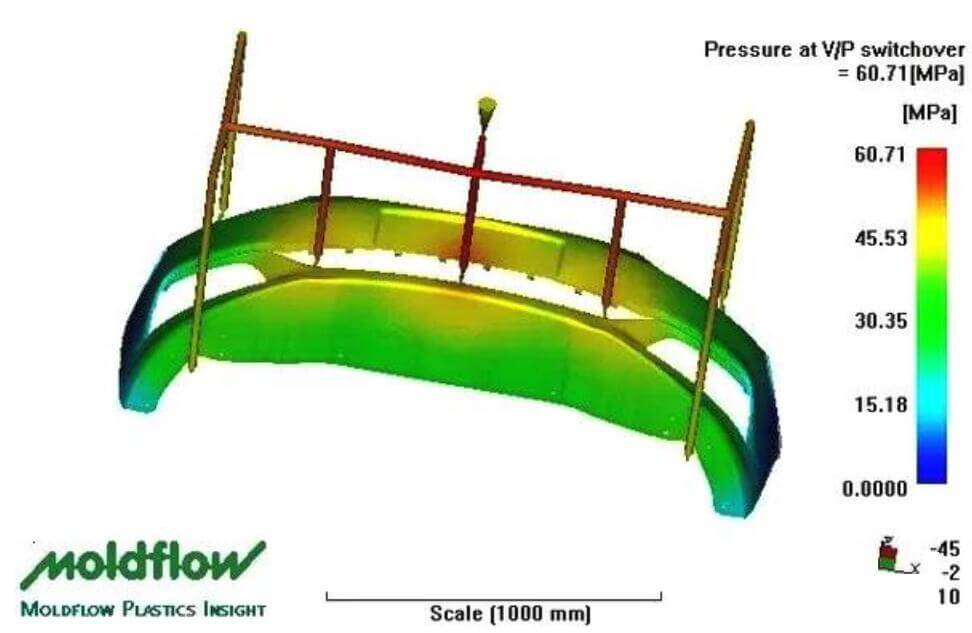 Auto bumpers are large thin-walled parts, and the demoulding must be smooth and safe. The middle position of the mold adopts a straight top and a ejector pin, and the thimble has a diameter of 12 mm. Because the contact area is small and difficult to return, it is easy to cause the thimble to collide with the fixed cavity surface.

Therefore, the inner part of the auto bumper should be designed as straight as possible, and the thimble is less used.

welcome you to contact us for any inquiry of auto bumper mould.