A typical feed system for a four-impression, two plate-type mould is shown in Figure 4.1. it is seen that the material passes through the sprue, main runner, branch runners, and gate before entering the impression. As the temperature of melt lastic is lowered whicle going through the sprue and runner, the vicosity will rise, therefore, the viscosity is lowered by shear heat generated when going trhough the gate to fill the cavity. it is desirable to keep the distance that the material has to travel down to a minimum to reduce pressure and heat losses. it is for this reason that careful consideration must be given to the impression layout and gate’s design. 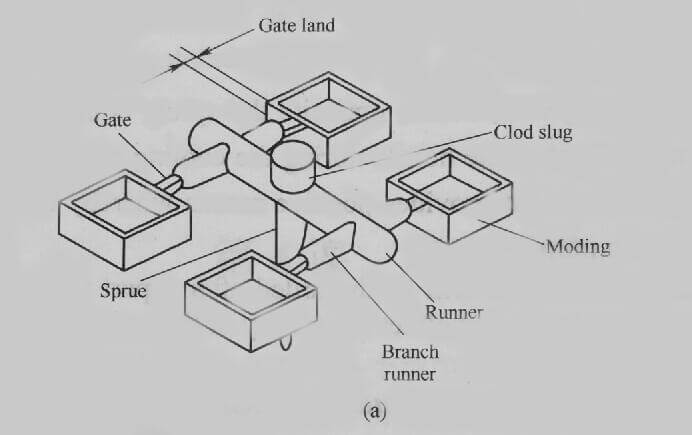 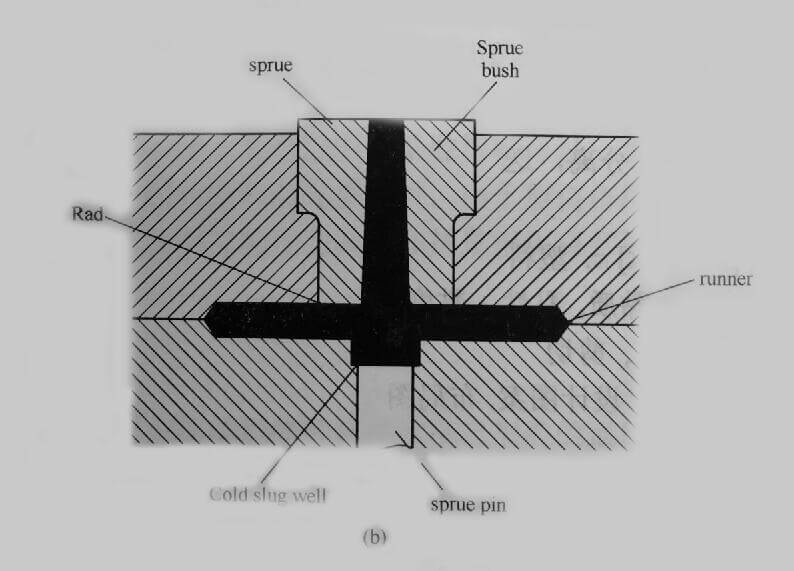 Figure 4-1 Feed system: (a) typical shot of consisting of molding with sprue, runner and gates attached; (b) section trhough feed portion of mould

A sprue is a channel trhough which to transfer molten plastic injected from the nozzle of the injection molding machine to the mold. it is a part of sprue of sprue bush,which is a separate part from the mold.

A gate is an entrance through which melt plastic enters the cavity. the gate has the following functions: restricts the flow and the direction of melt plastic; simplifies cutting of a runner and molding to simplify finishing of parts; quakly cools and solidifies to avoid backflow after molten plastics has filled up in the cavity

the purpose of the cold slug well , show opposite the sprue, is theoretically to receive the material that has chilled at the front of the nozzle during the coo,ling and ejection phase. perphaps of greater importance is the fact that it provides positive means whereby the sprue can be pulled from the sprue bush fro the ejection purpose.